A weary traveller was sent an angel and a demon to accompany him on his journey towards a destination that had been marked out on a map and given to him by God. Along the way the angel revealed many blessings whilst the demon revealed only curses.

The traveller chose to remain silent during the journey. He keenly observed his traveling companions and listened intently as they spoke, fascinated by their different interpretations of the path they were travelling along. To him, the path had been an ordinary one until the arrival of the angel and the demon.

The traveller noticed that when the angel spoke he felt renewed, as though he had only just begun his journey. He felt connected to the world around him and was stunned by its beauty. When the demon spoke he felt deflated and alone, and everything around him seemed to wither and lose its sparkle.

Upon arrival, the angel took a step forward and named the destination that had been marked out on the map, heaven. The demon stepped forward to call it hell. Then the traveller stepped forward and smiled as he realised what the purpose of his travelling companions had been.

As the traveller thought about the journey he had just completed he fell to his knees in gratitude, ignoring the demon and counting his blessings like the angel, and thanking God for both of his travelling companions who ensured that he reached his destination.

I believe that heaven and hell are states of mind.

It is easy to switch back and forth between these states, especially after enduring abuse, and this can be exhausting for both adults and children alike.

Make sure that you surround yourself with angels.

As children we have no control over this but as adults we most definitely do.

Trust your instincts. A persons energy will tell you all you need to know. Pay attention to how the people around you make you feel. It is important.

And let’s not forget to count our blessings!

Practice what you love with love, working IN the moment and not FOR a moment. The world does not stop for defeat or for victory and neither should you. I have known victory and I am no stranger to defeat. Despite my personal challenges I still wake each day with the intention to practice what I love and this has served me well. I am an England boxing coach and qualified personal trainer, working hard to help others practice what they love. View all posts by zoepattersonfightingback

One thought on “Angels and Demons” 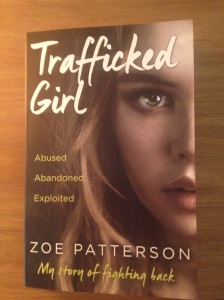